Music & Friends - What A Combination!

There are times when I have to pinch myself to see if it's not all a dream!
The last month or so has been a blur of great gigs at wonderful venues with friends new and old. Music has been amazing to me. I can't count the number of true friends I have made through music over the years, both through my role at Maton and as a musician. Some go back years while others are pretty fresh but they are all based on a sense of community, support for each other and a deep love of music. As we travel about the place my fellow musical adventurer, Suzette Herft and I continue to make new and wonderful friends. There is something about live music that breaks through barriers and brings people together. It's a really powerful force and one we need more of around the world (but I digress....). I think back to the grand old days of travelling around Victoria in a van with three or four other blokes playing dances in country halls and wool sheds, or driving to Sydney or Melbourne with a couple of mates, all wide eyed and bushy tailed,  intent on making a dent in the Australian music scene, only to play to three drunks and a cleaner before turning around and driving all the way back again with forty bucks to split between the lot of us. Those were the days, and the friendships from they time have lasted forever.
More recently I remember the endless round of Irish pubs, four hour gigs til God knows when in the morning, with an ever changing lineup of great players, able to pick up a song ten seconds after it has started and get through it as if they've been playing it for years. Lots of mates from that scene as well.
More recently, playing shows with Suzette as part of a mix of acts for the event. Lots of great people there as well.
We've just returned from a fantastic gig at the Avoca Memorial Hall where we shared the stage with the likes of Colin Driscoll, Darren Colston, Maggie Murphy, Neil McArthur and more. What a great night and what a super community!
Anyway, the bus rolls on, and this Sunday I am doing a show at the Peninsula Folk Club (starts at 6.00, I will be on a bit later on) and I'm being helped by a couple of fantastic musicians who are also great friends. Emma Rodda and Suzette Herft will be joining me to showcase a few songs from our Dylan / Baez show as well as some old and a few brand new songs from my good self.
It's going to be a great night. The folks down at Frankston are a terrific audience and really friendly people. It's as cheap as chips too so come along if you get the chance.
Meanwhile I'll leave you with a pic from our Avoca show.
See Ya.... 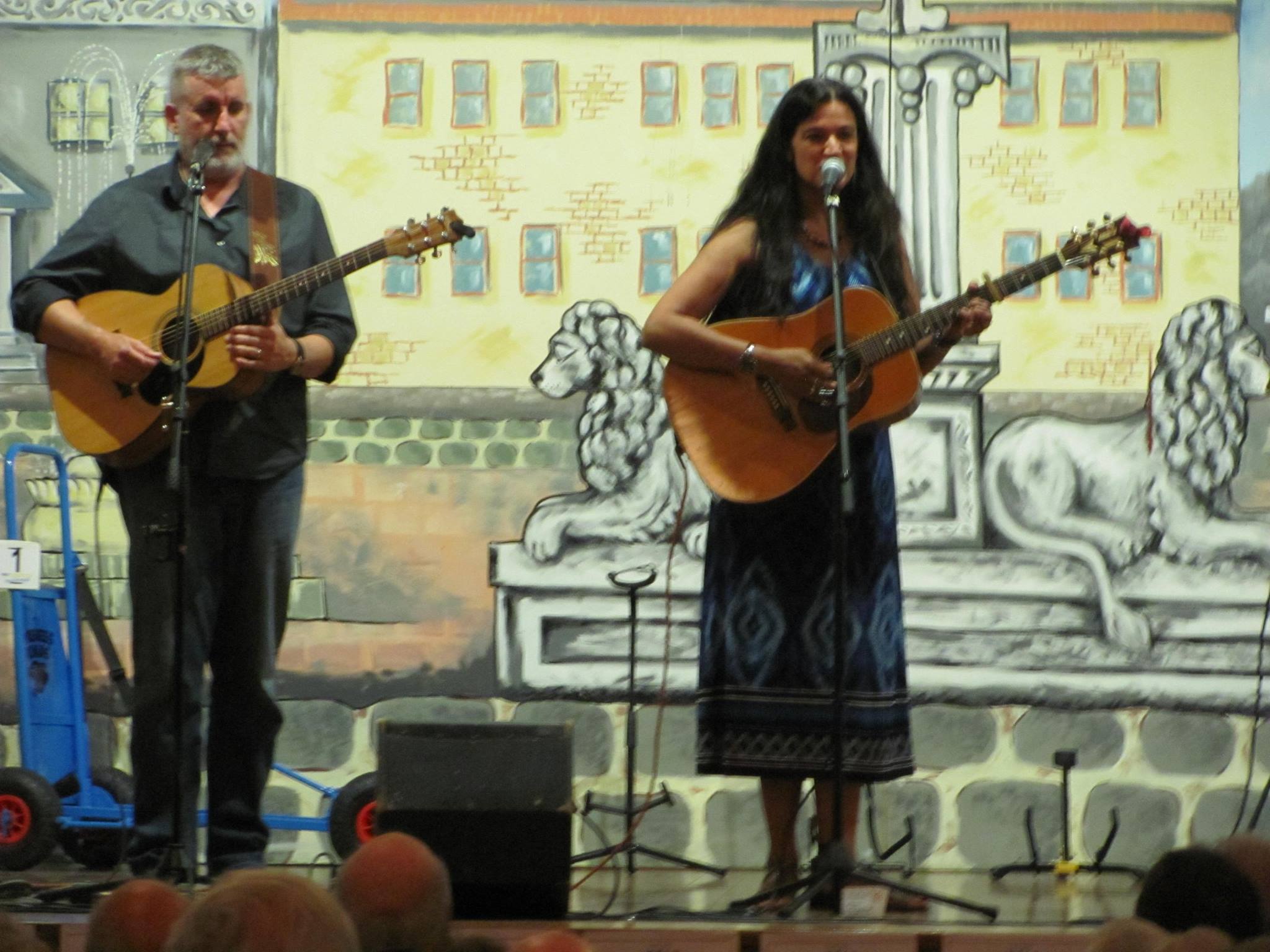